The new Sky Line people mover will supplement the existing one. Both are driverless double-track systems. After completion of the new line, travelers will take about eight minutes to get from the long-distance and regional train stations at Terminal 1 to Terminal 3 and vice versa, 365 days a year. Initially, the new line will be able to carry more than 4,000 passengers per hour in each direction. Since successive trains will be spaced just two minutes apart, transferring passengers will be able to catch connecting flights that depart from the other end of the airport just 45 minutes later. The existing and new systems will also smoothly mesh: passengers will be able to conveniently switch between them at an enlarged station at Terminal 2 and, after all planned parts of Terminal 3 are completed, also at Concourse C.

Once Around the Runways

While traversing the 5.6-kilometer-long stretch between the north and south of the airport, the trains serving the new Sky Line route will reach a top speed of 80 km/h. On the way from the new station at Terminal 1 (close to the long-distance and regional train stations) to Terminal 3 in the south of the airport, they travel at different heights: at ground level alongside the A5 motorway and elevated, like between Terminals 1 and 2 and when approaching the new terminal.

The new stop in front of Terminal 1 lets travelers get conveniently from the long-distance and regional train stations to Terminal 3.

Sky Line trains will be serviced in a new maintenance facility east of Terminal 2.

As is usual in driverless systems, the absolutely leading-edge trains of the new Sky Line people mover can travel in either direction. Similar to the existing system, the new one separately accommodates two passenger groups. There is one car for transferring passengers traveling between two non-Schengen countries and another for everyone else (including Schengen passengers).

Passengers who transfer to public transportation at Frankfurt Airport will also benefit from the Sky Line. Thanks to the closely spaced services, they can easily catch connecting regional or long-distance trains at Terminal 1. Several hundred ICE trains heading in all directions pass through here each day. Regional suburban trains (S-Bahn) also depart for Frankfurt, Wiesbaden, and Mainz every 10 minutes. 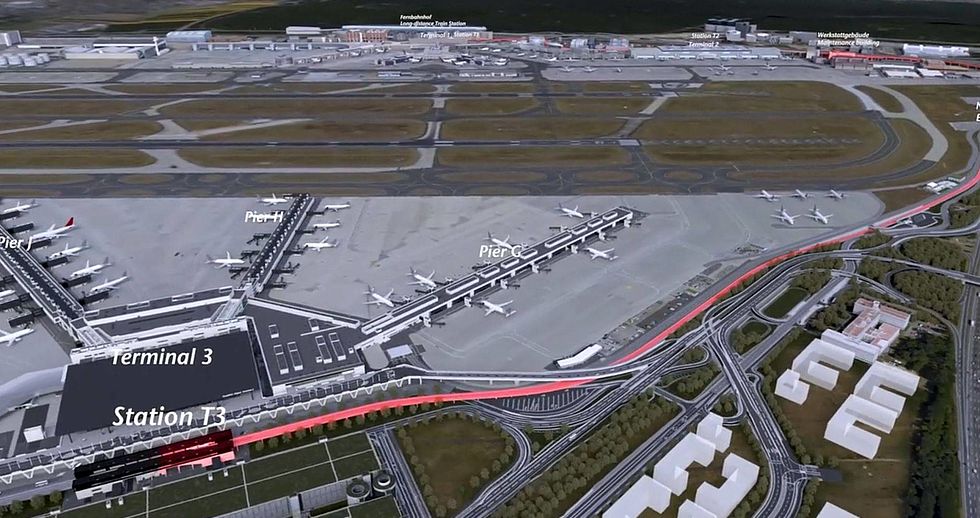 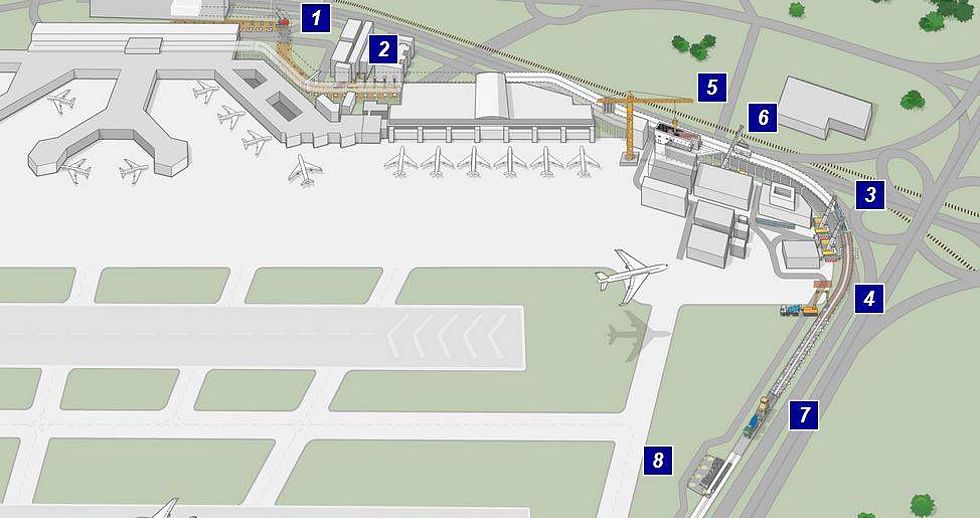 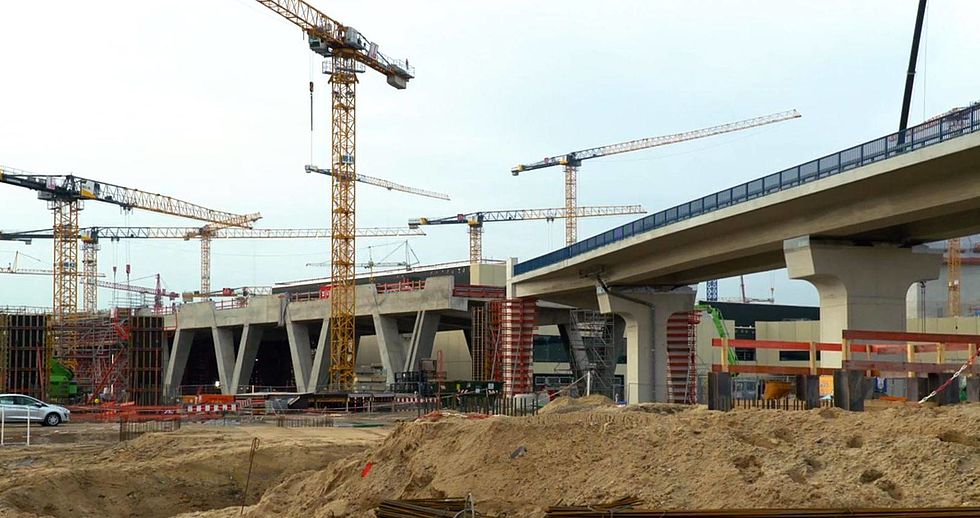 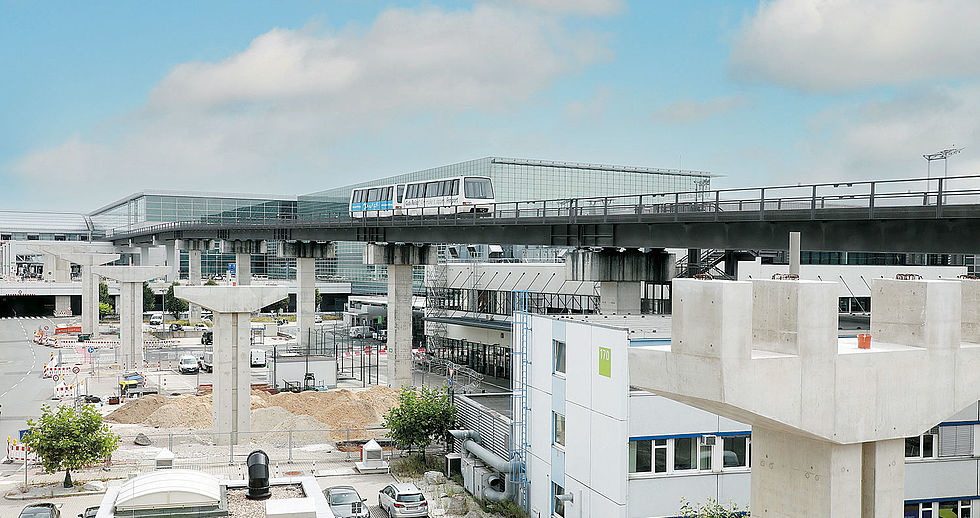 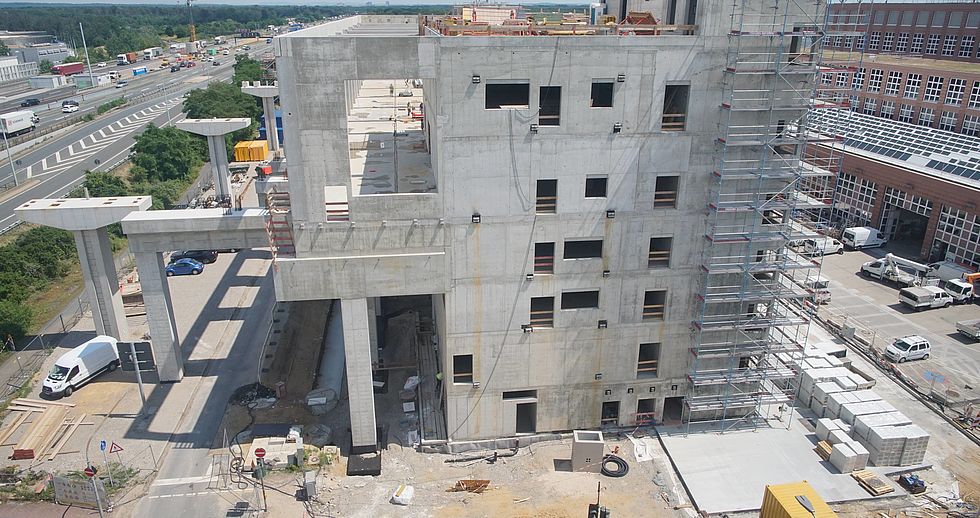