Walls Growing at the Construction Site
Piers H and J

Up Go the Walls

The carcasses of these two piers are special in at least one regard: unlike in ordinary concrete housing construction, they aren’t built from the bottom up in a single cast. Instead, multiple substructures huddling close together rise skyward. The individual units look virtually the same. In the case of Pier H, one might describe them as “identical septuplets”. As soon as all of them have been built and the concrete has cured, they will be joined to create a single continuous pier carcass extending seamlessly over a length of 400 meters when complete. Although this approach is initially more complicated, it simplifies the later stages of construction. Among other things, there’s no need to leave gaps in case materials expand at warmer temperatures. The building systems can therefore be installed practically in one go.

Shell construction of the Pier J bridge structures was completed at the end of 2021, and the expansion is in full swing.

The service ducts for Pier J have been excavated and work to make the carcass of the longer pier can now start.

The supports are in place, and work on the ceiling of the ground floor of Pier J can now begin.

The huge Y-shaped supports along Pier J are eye-catchers. They are precast elsewhere and taken to the construction site on heavy-duty trucks.

One by one, the three levels of Pier J are added.

All three levels of Pier J are already recognizable, and the bridge structures are also taking shape.

The shell of Pier J is completed. Installation of the glass facade can begin.

Some of the technical systems will later be accommodated in steel structures on the roof of Pier J.

Many Parts Make a Whole

Whereas seven substructures are needed to build Pier H, Pier J comprises eight. Work is proceeding concurrently on all of them, which requires precise coordination and organization. Each successive structure benefits from experience gained on the previous ones, and the speed of work is picking up as a result. Initially they are separated by one-meter gaps, which will be filled in after the concrete cures to create a single continuous pier.

Put to the Test

Building the carcasses of the individual substructures is hard work since it involves a lot of steel. They start below the ground and grow upward from there. The walls and supports in the basement of Pier H were finished in late summer of 2019. But before the next-higher level can be added, first the cellar’s ceiling is reinforced with steel bars, called “rebars” in the construction trade. These lend strength to the concrete and greatly increase its loadbearing ability. Going higher, both prefabricated and cast-in-place concrete sections are used. Pier H grows taller, with Pier J following close behind.

The facade of Pier H is taking on its final form.

Pier H will eventually be 400 meters long, but first the preparatory work has to be finished.

Some 50 cranes towering up to 85 meters high are involved in the construction work.

Piece by piece, the concrete structures grow out of the ground.

Gigantic steel frames are mounted on the roof of Pier H; later they will contain part of the technical systems.

Parts of the passenger bridges are already standing next to the pier. Travelers will later use them to board aircraft.

The shell of the bridge structures is as good as complete. Now the fixed walkways can be installed.

Along the two piers, a total of 24 head structures are also taking shape. Later planes will dock here, and travelers will use connected jet bridges to conveniently board them: a perfect start to a perfect trip! 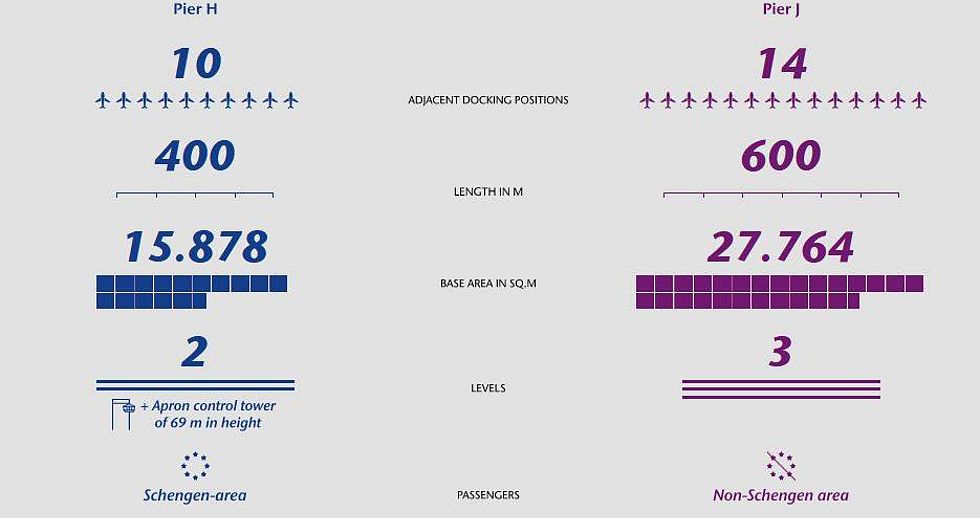 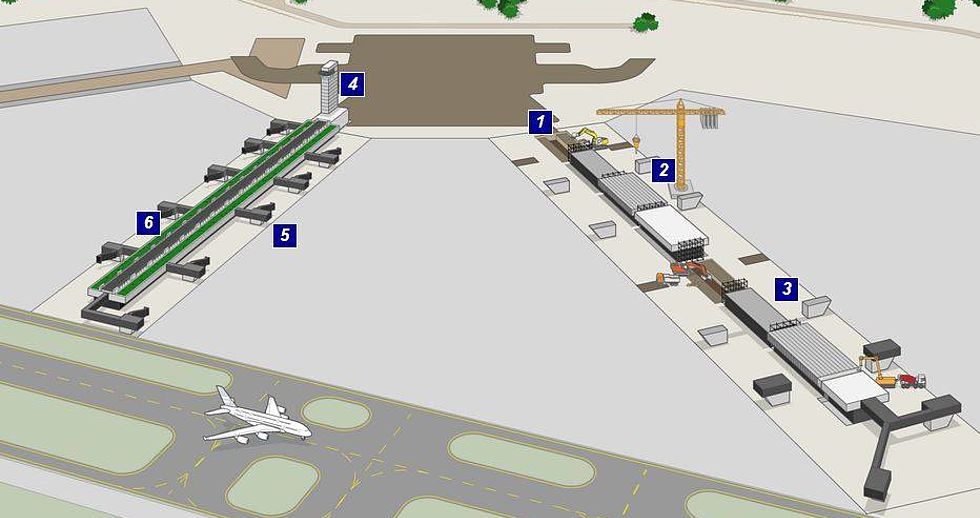 Walls Growing at the Construction Site 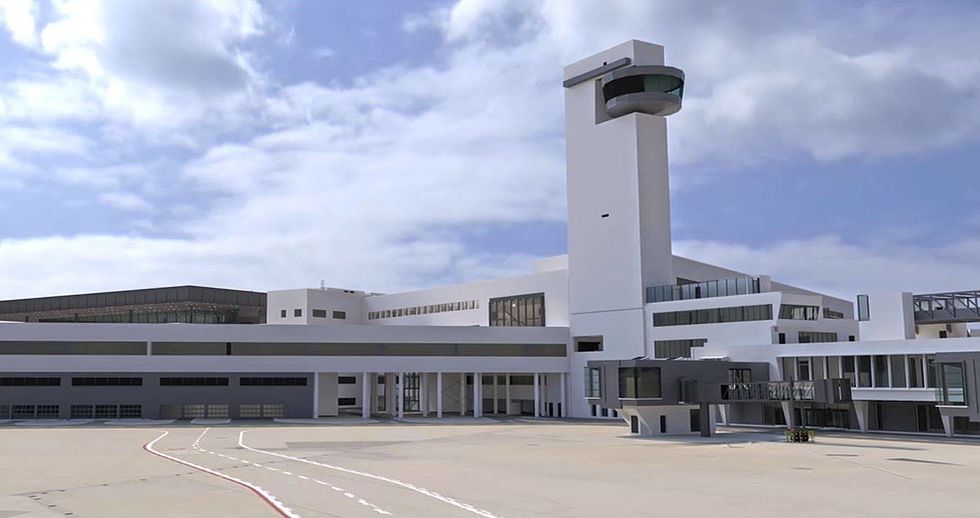 Under Control at all Times 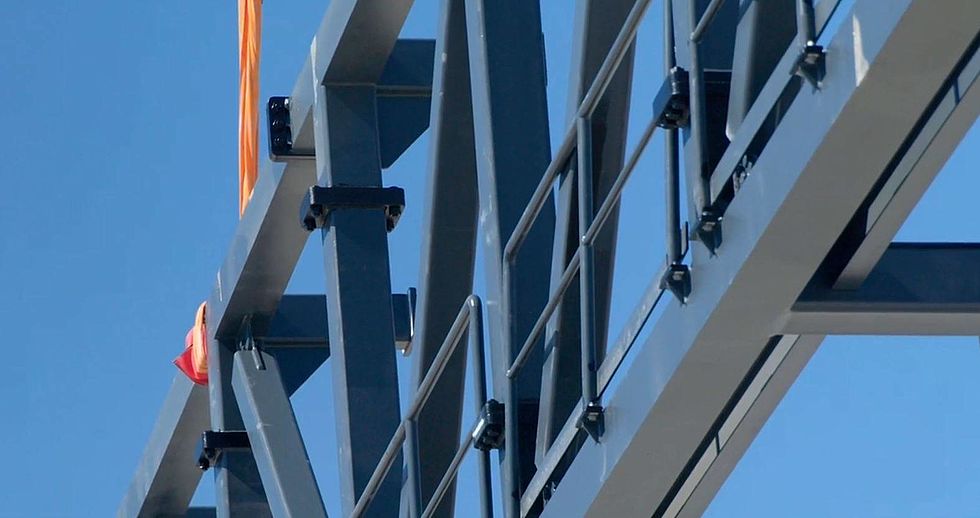 From the Outside in